​Italo-Canadian born in Gubbio.
She lives in Rome.
Her father is a pianist and she began studying piano at 3 years old

with Japanese teacher, Setzuko Murata.
Along with adolescence came a refusal to play piano after 10 years

of classical studies. Sara Jane began singing just for fun at 16 and the

rest is history! She began performing in duo with her brother Paolo,

guitarist and composer and still today, this music project remains the

closest to her heart. The duo was initially inspired by Joe Pass & Ella

Fitzgerald, as well as acoustic duo Tuck & Patty. They re-arranged and

brought their own personal style to Jazz, Soul, Brazilian and

International Pop classics performing at a number of important

In 2007, she joined the all-female vocal quartet “Le Core”, making

it to the finals at the Musicultura Song Festival in 2009.

That same year she met Maestro Bruno De Franceschi who

completely overturned her approach to music and body movement on

stage. She widened her horizons to embrace the “musical theatre” as

well being inspired by some of the greats, Ute Lemper, Milva, Charles

In 2012, she began a course of studies and performances of music

from various cultures. She sings in the original languages: Cape

She sings in more than 10 different languages!

In 2014, she began performing with the MED FREE ORKESTRA

(iCompany) and the NATIONAL ORCHESTRA OF YOUNG JAZZ TALENTS,

particular with David Riondino. She has participated to 4 re-acts of the

Dylan" of one of the most famous Italian folk singers, released October

30, 2015. She is one of the dancers in the Missoni commercial directed

In the summer of 2017, she took part in the “Indiegeno Fest” held in

RadioRai3, in which Sara Jane has interpreted “Deportee” by Woody

Erri De Luca, Neri Marcorè, Valerio Mastandrea and many others). May

Hunziker and the Italian rapper J-Ax. September 8, 2019 she has debuted

Songwriters are Canadian” created together with the actor David

Conservatory of Music in Rome. She studied voice with Cristina 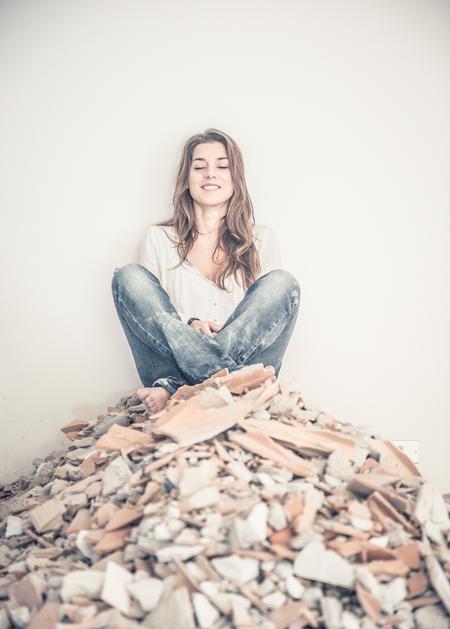